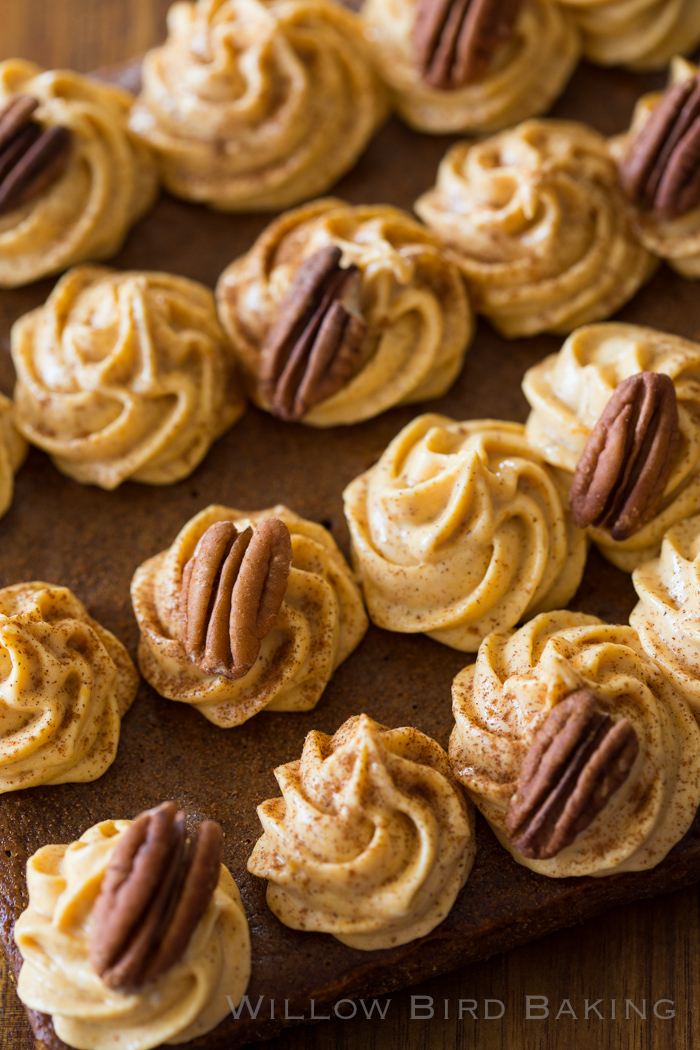 Best Guesses About What My Upstairs Neighbors Are Doing Right Now: 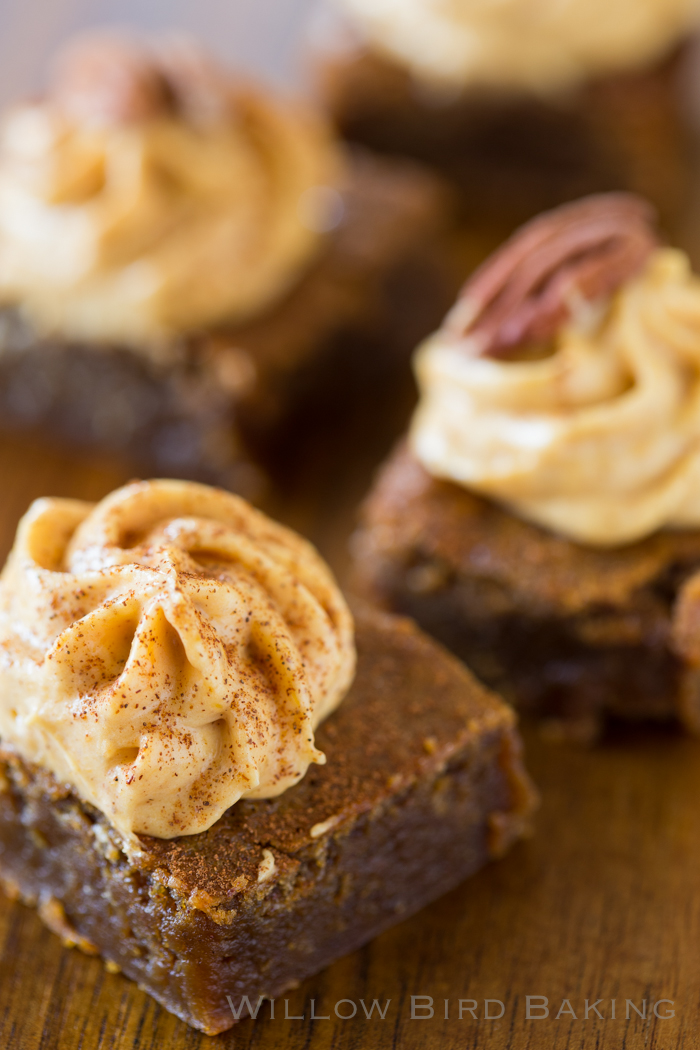 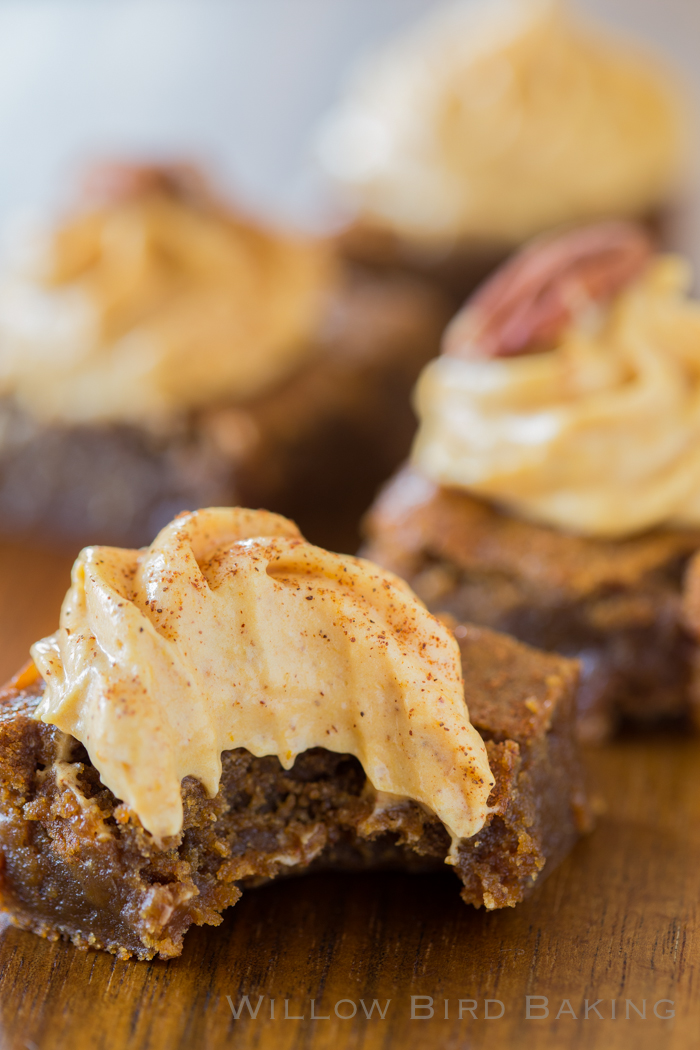 I feel certain that I’m closing in on the truth here. Now, if anyone’s interested, I’m willing to work out an exchange: some chewy gingerbread bars in exchange for earplugs. Anyone?

Print
Prep time
20 mins
Cook time
32 mins
Total time
52 mins
This is the perfect gingerbread: chewy, moist, and spicy! The edges of the pan are the best part (and if you love them like I do, this recipe can also be made in a muffin tin)! The sweet pumpkin cream cheese frosting on top rounds out the flavors in the nicest way, but it's a soft icing, so your rosettes won't hold up long. Pipe 'em, eat 'em! To toast pecans for this recipe, just bake them on a foil-lined baking sheet for 6-8 minutes, tossing periodically, until fragrant. Allow them to cool before using.
Author: Willow Bird Baking, using gingerbread spice ratio from Averie Cooks
Serves: 16
Ingredients
Gingerbread Ingredients:
Pumpkin Cream Cheese Frosting Ingredients:
Instructions
3.2.2925
October 25, 2015 by Julie Ruble | 5 Comments