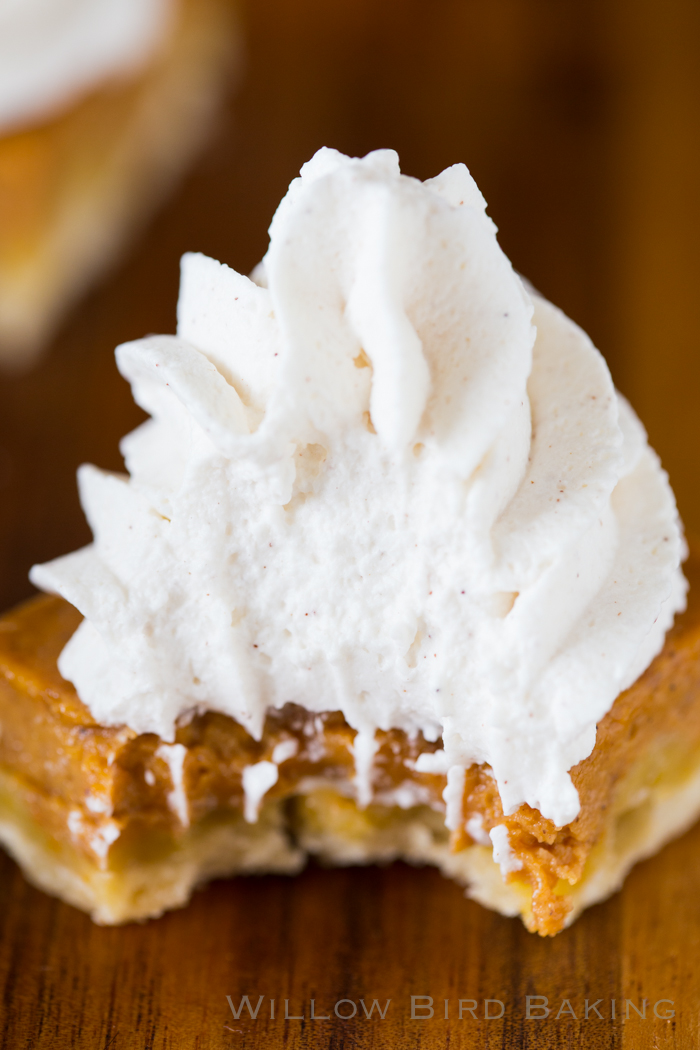 I love pumpkin so much that it’s basically my husband, but honestly? I don’t get pumpkin pie. What’s with that stuff? There’s always way too much custard to taste any crust. And the crust is usually just a soggy mess anyway. The whipped cream is always a tragically tiny dollop. And this is a Thanksgiving staple? It’s just sad.

So I fixed it for you. 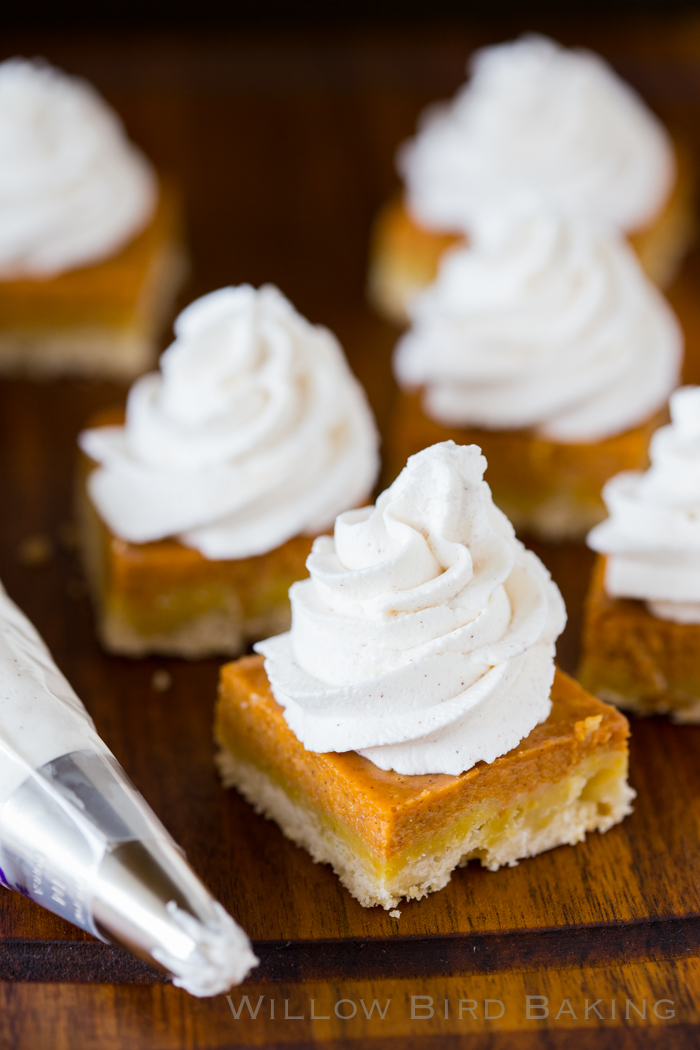 First, I fixed the proportion issue. I wanted to beef up the crust so you get more of that buttery, flaky wonderfulness. Shortbread was the obvious choice! A thick shortbread crust holds its own in this dessert.

Next, I halved the pumpkin custard. You can enjoy how it complements the crust now that there’s not a gallon of it. 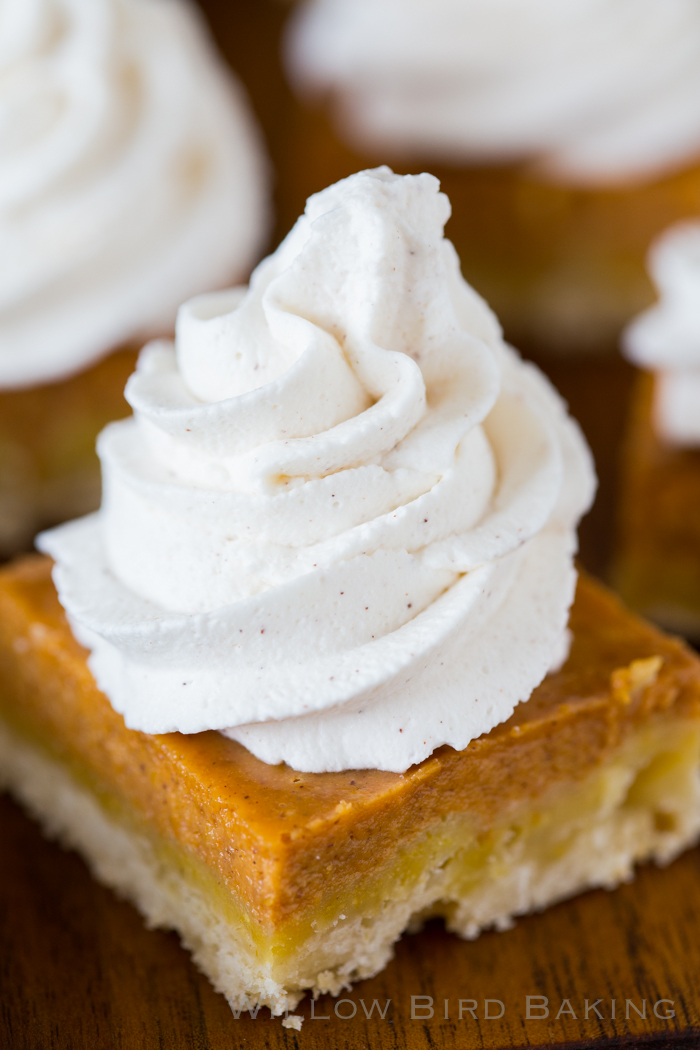 Finally, I topped the whole dessert with this insane Maple Cinnamon Whipped Cream. The recipe below makes about twice what you need, but trust me when I tell you that you should make all of it. You’ll want the extra to eat alongside your bars, even if they’re piled high like mine! It is SO GOOD. It’d be amazing on a pumpkin cheesecake, pumpkin waffles, a pumpkin spice latte, apple fritters — you name it. (By the way, I found my maple extract at Target, but I’m sure you can also find it online.) 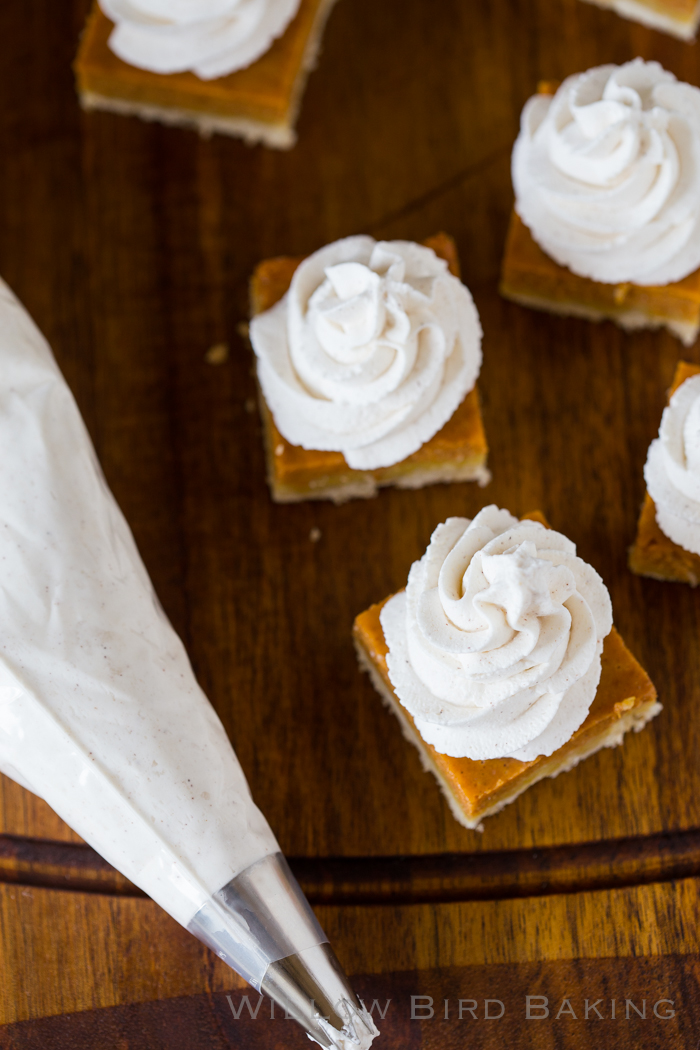 There you have it: my pumpkin pie makeover! I can’t count how many times someone has told me that they love pumpkin, “just not pumpkin pie.” This recipe is for those people. And frankly, even if you love pumpkin pie, I’m betting you’d love this version too. Enjoy!