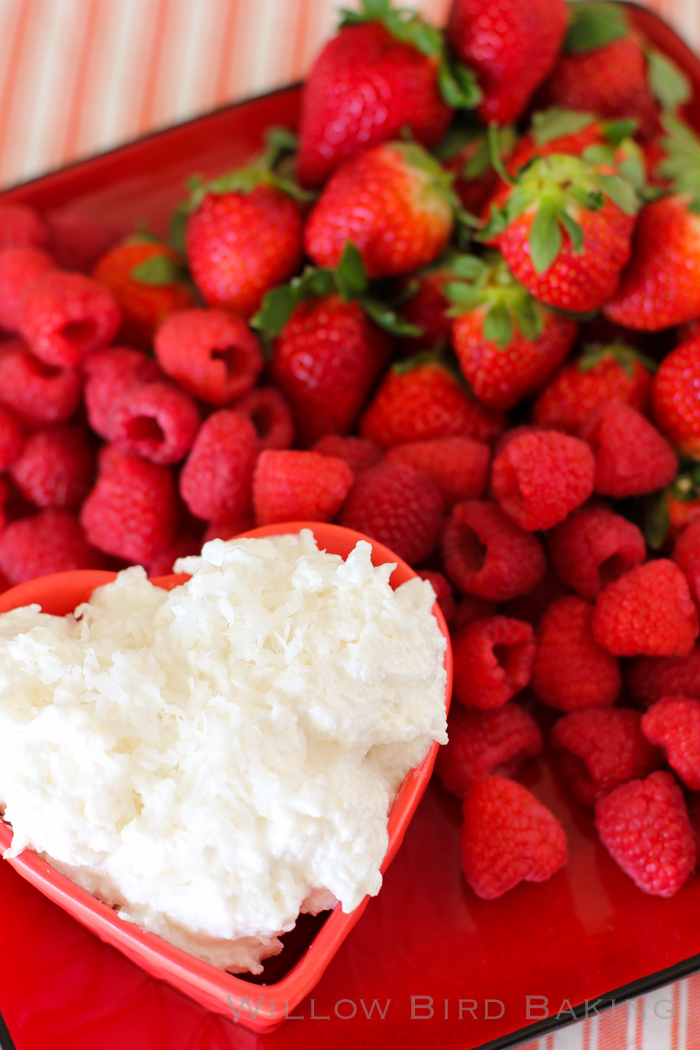 I’m a middle school teacher and I’ve had a somewhat, ah, turbulent life, so I’ve dealt with plenty of conflicts. You’d think I’d be a pro. Despite all my practice, I still feel kinda clueless. I regularly navigate tricky conversations that don’t work out loud like they worked in my head.

I do think I’ve learned a few things over the years. Earlier this week I talked about the strange Dance Moms method of arguing, which involves screaming, gesticulating, and plenty of dramatic exits. I wondered aloud if the examples of disagreement we consume affect our own ability to navigate conflict. And I promised to share the few tricks I’ve learned about the topic.

So how do you handle disagreements in a healthy, productive way? Handle them:

1. Honestly. So many conversations these days involve people beating around the bush, hinting, implying, snarking. Things get misinterpreted. Assumptions are made. I’ve found that one of the safest bets in a disagreement is to communicate in an honest, straightforward way. This might seem obvious, but when my students come to me with hurt feelings, sometimes the conversation goes like this:

They’re little and still learning these skills, but I find that this sort of miscommunication is common among adults, too. We half-assume what someone else is thinking and act on it without bothering to voice our own thoughts, compounding the misunderstanding. For this reason, I’ve taken to directly and honestly confronting someone when I’m having a problem. In my example above, Jocelyn could say: “Kendra, I feel like you’re avoiding me, but maybe I’m wrong. Are you? If so, can we talk about why and how to solve the issue?”

2. Non-judgmentally. Those “I-statements” people always tell you to use are designed to help you avoid judgment. Judgments are attaching values to observations; for instance, instead of saying, “You broke the plate,” saying, “You’re so clumsy! You broke my favorite plate!” The problem with just telling people to make “I-statements” is that you can still incorporate judgment through a bitter tone or creative wording. For instance, “I feel like you’re the clumsiest doofus in the universe.”

Judgment isn’t ineffective because it’s untrue. The person you’re talking to really might be the clumsiest of all clumsy doofuses. But judgment is ineffective because it puts the other person on the defensive, thereby creating a fight instead of an effective conversation. Saying, “You broke the plate and I feel sad because I loved it. Will you be careful with the rest of the plates? I appreciate it,” will prove a lot more productive. Notice you didn’t need to edit out your own feelings to avoid judging the other person or their actions.

3. Clearly. Sometimes I’m feeling so many things during a disagreement that I throw dozens of attempts at communication out into the world before I’ve figured out what I really want to say. All the minor details and half-formed thoughts confuse the issue, to say the least. I’ve found that if I give myself space to breathe, think, and examine my own status, I’m able to communicate my feelings clearly and focus on the main issue I care about.

4. As an empathetic listener. For a disagreement to be productive, it can’t be treated like a contest to see who can stick to their guns the longest. We’ve all seen (and maybe participated in) conversations where neither party is listening with an open heart. A salvo of pointed thoughts rains in from one side. The other side returns fire. Soon, the arguments start to sound repetitive and the tone degrades into snark and nastiness. It’s like Sisyphus playing volleyball. For things to actually progress, instead of just worrying about how you communicate your ideas, you need to consider how you listen to others’ ideas. Hear people when they talk, look for the synthesis, and greet their ideas and feelings with generosity of spirit.

5. With an eye toward resolution. Sometimes I fight just to fight. I get angry about something and I want to start a disagreement just to vent all that anger. This is always destructive, though. I always wish I’d given myself a time-out to get a snack, take a nap, read an article. Anything to simmer down and evaluate whether I need to confront anyone at all. If not, I can handle that negative emotion on my own. If so, having taken a pause to defuse my anger will make the conversation more effective.

For those times when confronting someone is warranted, I try to think of the outcome I want before I start the conversation. Do I want to preserve the relationship at all costs? Do I have an objective I want to accomplish whether the relationship is preserved or not? Do I want to establish or re-establish my self-respect in the relationship? How do I want things to end up? This helps me to be a “broken record,” focusing on obtaining an outcome instead of getting sidetracked into irrelevant squabbles. 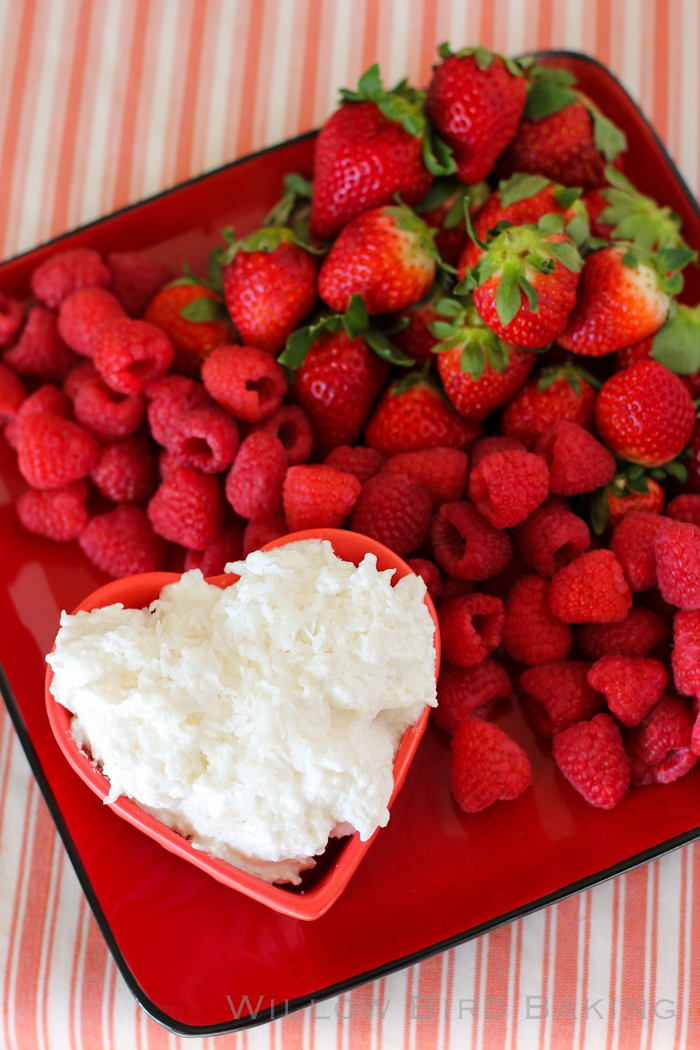 Sounds so easy when it’s all enumerated like that, right? Really, I’m still practicing all these pieces of the peace puzzle. Every time I deliberately employ one of the strategies above, though, it becomes a little easier to remember to do it the next time. I’m sure there are more tricks you’ve learned. Will you share in the comments below?

In the meantime, I made you fruit dip. Full disclosure: this is actually coconut meringue frosting from my Skinny Mini Coconut Cakes. I used the leftover frosting to dip strawberries and raspberries in and it was incredelicious! The recipe is easy to whip up and makes plenty for a party.

I love this easy, delicious dip. It whips up a ton — perfect for a brunch party. I put about half of the dip into a pretty ramekin on a platter of fresh berries and then replenished as needed during brunch.

Directions:
Place the egg whites with the vanilla extract and coconut extract in the clean bowl of a stand mixer. Stir the water and sugar together in a small saucepan over high heat. Bring this to a boil and cook until the syrup reaches 234 degrees F on a candy thermometer, about 4-8 minutes.

When the syrup begins to boil, start mixing the egg whites on low speed so they begin to get foamy. When the syrup is up to temperature, turn the egg whites to medium-high speed and very slowly drizzle the hot syrup into the whites. Beat until the dip forms stiff glossy peaks, tossing in the salt to mix in along the way. Gently fold shredded coconut in to the meringue dip, saving a bit to sprinkle on top. Serve with a platter of fresh strawberries, raspberries, blueberries, or whatever fruit you love most!